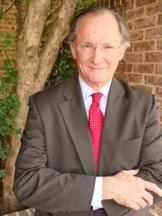 Tom Pope has tried cases in state and federal courts for over 45 years. He previously served as a member of the South Carolina State Senate from 1984-1992. He is a Fellow in the American College of Trial Lawyers and from 2015-2017 he served as Chair of the State Committee.  He is past-President of the South Carolina Chapter of the American Board of Trial Advocates and was honored as the Jeter E. Rhodes, Jr. Trial Lawyer of the Year in February 2018.

Pope has been listed in South Carolina Super Lawyers since its inception. Since 2008, he has also taught American Civil Litigation and mock trial to law students in former Communist countries of eastern Europe and Asia to enhance their understanding of civil trials.

Pope served as a member of the Board of Law Examiners of the South Carolina Supreme Court (2006-2014).  He was awarded The Order of the Palmetto by Governor Carrol Campbell in 1991.

Mediation:  Pope has been a certified mediator (and arbitrator) since 1998.  During 2020, so far he has mediated cases involving product liability, breach of fiduciary duty, real estate disputes, and serious personal injury in several different counties.